2nd Place: Anna Mary Ellerbee (shown in the photo below) 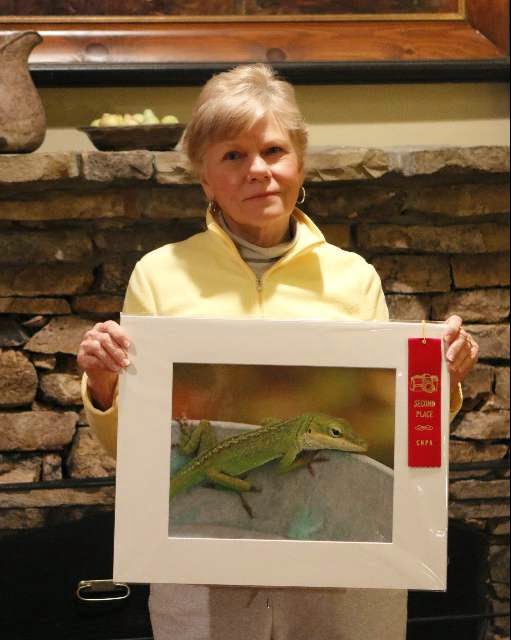 Posted by Jans Funny Farm at 8:37 PM No comments:

King Davis is the Featured Photographer for March 2015.  You can view his bio and sample photographs here.
Posted by Jans Funny Farm at 8:01 PM No comments: 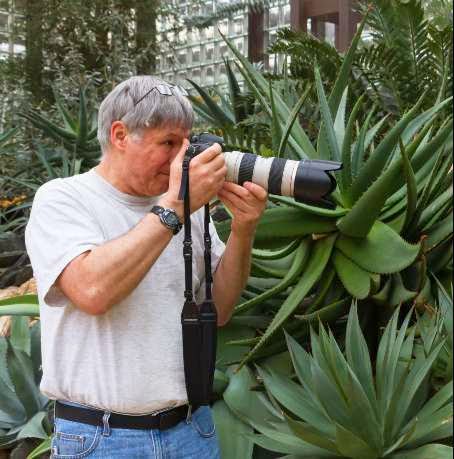 A presentation on flower photography will be given by Thomaston native King Davis on Saturday, February 21st, at Massee Lane Gardens as part of the 2015 Festival of Camellias.  The program is scheduled for 1 pm in the auditorium, with ample time following for attendees to photograph throughout the gardens and greenhouses.  Though primarily for beginning and intermediate photographers, the 2-hour presentation will be applicable to many types of photography and a wide range of experience levels.

There is no charge for attending the presentation, but admission to Massee Lane is $5 for adults, $4 for seniors over 55; children under 12 are admitted free. Massee Lane Gardens is the home of The American Camellia Society and is located at 100 Massee Lane, about five miles south of Fort Valley, GA on Georgia Highway 49.  Registration by calling 877.422.6355 is encouraged, but is not required for attendance.

For more info on the gardens, visit http://www.camellias-acs.org and then click on the box about  Massee Lane Gardens. To view samples of King’s flower photography, visit his blog (www.kingdavis.zenfolio.com)  and then scroll down to find the “Blooms” gallery. He is an active member of the West Central Georgia Shutterbugs.

This can also be read at:
http://www.pikecountytimes.com/secondary/shutterbugs.html#.VOYnMy5dmJA
Posted by Jans Funny Farm at 1:13 PM No comments: 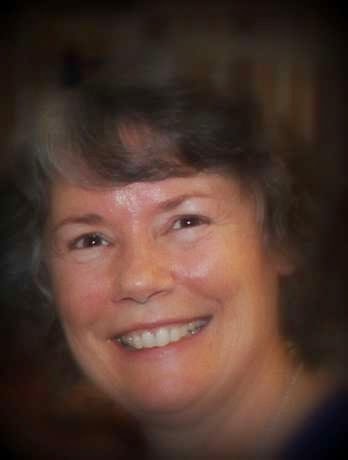 Dianne joined the Shutterbugs in 2009 and was an active member thereafter, serving in several leadership roles, recruiting other photographers, attending group meetings and functions, etc. She was also a member of the Georgia Nature Photographers’ Association (GNPA).

She loved photography, especially nature, landscapes, and close-up subjects—and she created beautiful images. Her work was chosen for several of United Bank’s annual calendars. Her photos won awards at the Georgia National Fair in Perry; and was exhibited in several locations, including Callaway Gardens, Thomaston-Upson Arts Council (TUAC), A Novel Experience (bookstore in Zebulon), and the LEAF (Library, Educational, and Art Facility) in Williamson.

She was an avid learner and an eager participant, going on as many photo shoots as possible, attending workshops locally and far away, and attending Shutterbugs meetings to learn from the variety of excellent photographers invited to speak at Shutterbugs meetings. “Just being able to get out with other photographers to learn and have fun is a wonderful experience,” she said. Just days before she passed away she was still wishing she could do that very thing!

Because she was so eager to photograph the beauty all around her, she obviously agreed with Ansel Adams who said, “Sometimes I do get to places just when God is ready to have somebody click the shutter.” And click the shutter she did!

She used a point-and-shoot camera to create award-winning photos, proving Ansel Adams was right when he said, “It is the photographer, not the camera, that is the instrument.”

Dianne was much admired and will be greatly missed.
Posted by Jans Funny Farm at 8:30 PM No comments:

Email ThisBlogThis!Share to TwitterShare to FacebookShare to Pinterest
Labels: In Memoriam 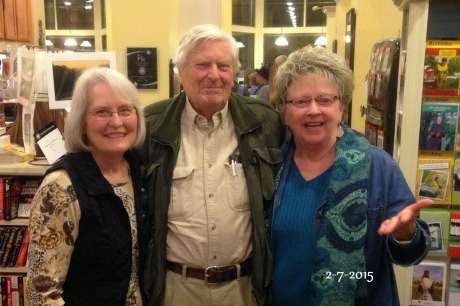 Six Shutterbugs attended the opening reception for the 8th annual “Puppy Love” photography exhibit hosted by A Novel Experience in Zebulon on the evening of Feb. 7th.  Francis Hauke and Linda Godwin were there, as were Rachel and Charles McClelland and Johnnie Ann Gaskill, who are shown (right to left) in one of the photos. In the second photo, Ellen Tew (a charter member of the Shutterbugs) snaps a picture of the excited photographer who received two ribbons: 1st Place and “Best in Show.” 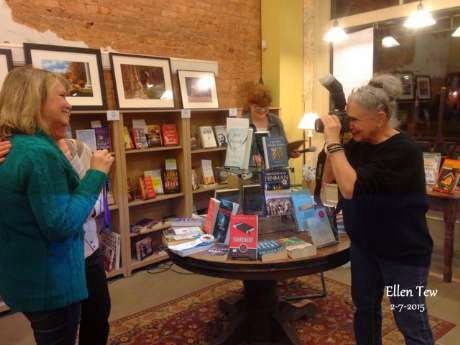 Posted by Jans Funny Farm at 7:49 PM No comments: 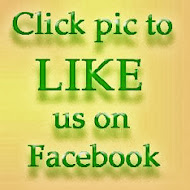